File your Tax Return by 30 December and get a cash flow advantage to help with the cost of Christmas.

You are here:
Self-employment 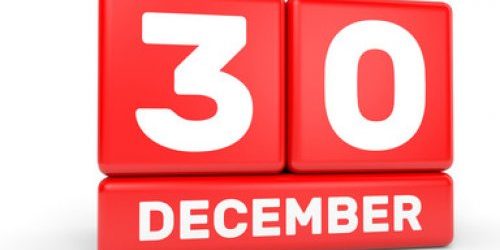 If you file your Tax Return on-line on or before the 30 December (note it is the 30 not the 31 December) and the amount of tax you owe is less than £3,000 you can have your tax collected through your PAYE code, rather than paying it all in one lump sum payment on 31 January.

This has a great cash flow saving as you get to pay the tax you owe to the Taxman over a longer period.  Meaning you keep hold of your cash for longer.

Note, you won’t be able to pay your tax bill through your PAYE tax code if:-

David’s hard working accountant files David’s Tax Return on 24 December and elects to have David’s Tax collected through his PAYE code for the coming tax year.

David is delighted when he hears the newsas  this delays his tax payment.  By spreading his tax collection over 12 months David has more money to spare over the Christmas period.  David is told by his accountant to budget for an extra tax deduction of £125 a month for the 12 months from April to March from his wages as a dentist.

Life partner to Sally. He enjoys exploring the West Country by foot and bicycle. Sally and Nathan have pledged to walk all of the Cornish South West Coast Path this year. His nominated charity for the year is the Freinds of South Devon College. Their aim is to help disadvantaged students at times of personal crisis such as domestic abuse or child poverty

When dentists can claim tax relief on glasses (including contact lenses)
April 20, 2022

Furlough and Self Employed Income Support is extended until September 2021
March 10, 2021

How much tax could I save if I use a limited company?
November 6, 2020
Go to Top